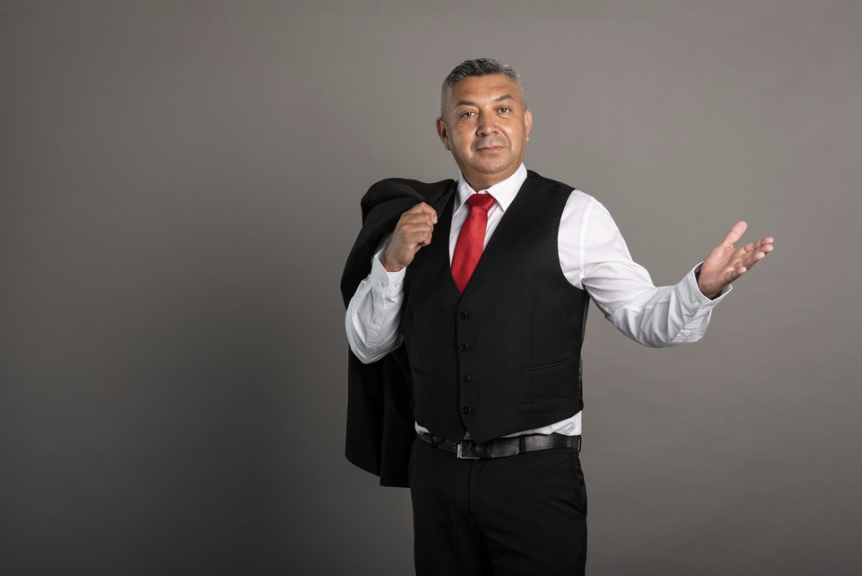 Free market, inclusion and opportunities in the cannabis sector: interview with Demitri Downing, CEO of MITA

Demitri Downing is founder and CEO of MITA(Marijuana Industry Trade Association) , an organization that works for the cannabis sector in Arizona and now expands to the entire United States. We spoke with him during MJBizCon about the future of the association, the problem with the licensing system and legalization in Mexico.

Industria420: What are the objectives of MITA?

Demitri Downing: MITA is a chamber of commerce that started in Arizona almost ten years ago, we have evolved with the cannabis industry and now we are expanding nationally.

Like any organization or community, we start from common interests and objectives. One of the things that we realized was happening in the cannabis industry was the existence of the “War on Drugs 2.0”, “Prohibition 2.0”, which is essentially the fact that most members of the industry do not They understand the need for free markets, open markets, competition, and products that are easily accessible to consumers and patients.

During the last 10 years the cannabis industry evolved as it was necessary, as it had to be done. But now we have a situation where we have special interest lobbyists and investors who are trying to protect what has been built for them, instead of protecting the development of an industry that can be more inclusive and have more people.

Imagine if the cartels had lobbyists during the prohibition era, we would still have the ban. So now there are lobbyists, lawyers, congressmen and senators who are pushing to protect certain interests that exist as an industry .

MITA exists to educate on the economics of cannabis. Any brand or company that wants its organization to be associated with the free market , with opportunities , with inclusion , with the interests of patients, should partner with MITA , with our platform, our plans, goals and mission. That is MITA. It is a very unique organization at a unique moment in time. We are here to fill that void.

What are the plans for the future of the Association?

In MJBizCon did a soft launch of MITA USA and make a bigger launch in 2022. We will represent the sector throughout the country and in other parts of the world, educate people about how the industry works of cannabis and will advocate on how we think it should work.

Eventually, when the work of MITA USA is finished, I imagine there will be a need to create an international MITA and we can talk about the importance of free trade internationally.

I think what stands in the way of access to cannabis for consumers and patients, in New York or Mexico City, is the lack of education, the lack of understanding of the economy and the fear that has been created around cannabis. We don’t want people to take advantage of that and we want to expose them. So our organization has a very clear mission around freedom . We focus on choice and that is what you will naturally hear about MITA.

What are the main obstacles for the cannabis industry right now?

Limited licenses are the main barrier to entry. Can you grow plants in your backyard? Can you do extraction in your kitchen? Can you retail on your street corner? Not because? For the licenses.

Therefore, the licensing itself, which was a necessary evil from a public policy point of view, that had to occur in order to legalize cannabis, must now be undone. It is a very unusual situation. But yes, the biggest barrier to entry is licensing and we are strongly against limiting licenses.

We understand that it is a pragmatic reality that it exists, but we are going to educate people on why it shouldn’t exist. It’s like we’re trying to teach people how to be good Americans or how to be good humans. How to talk about freedom, how to talk about choice, and how not to inhibit people from progressing and achieving their dreams, be it on cannabis or anything else in this world.

What are your personal expectations about what will happen or should happen in Mexico regarding the legalization of cannabis?

I know very well the people who are lobbying in Mexico. People who are trying to drive different perspectives into the conversation, different market structures. I would just say that the government should stay out of it as much as possible.

Mexicans don’t trust the government anyway, you know? Now he follows a whole series of regulations on cannabis and it’s going to get weird.

If I were AMLO, if I were the President of Mexico, I would say: okay, cannabis is legal, do what you want, treat it like potato chips, with some kind of test to know that it does not have pesticides, but do what you want . If they want to cultivate in the towns of Oaxaca and have someone take it in their truck to Cholula or sell it in Monterrey … it must be done in a free market, without licenses. That is what I would do if I were AMLO, create a free market and then get out of it.

That really is the best answer for patients and consumers. Government involvement is not good inside or outside of cannabis. And in Mexico we know what happens when the government gets involved.

I would look for a way to allow Mexican citizens to produce and sell what they want and put aside these false illusions that exist around cannabis , which make it look more complicated than it really is. Fundamentally it is just a plant that grows in the ground and anyone should be able to grow and sell to whoever they want.

Licensing structures only allow the rich to potentially get richer, which is not necessarily something the government should promote. We need freedom.

Marijuana is a $1 billion Arizona industry, but what’s next?

Free market, inclusion and opportunities in the cannabis sector: interview with Demitri Downing, CEO of MITA

Will Humble Shares his Outlines of the AZDHS Social Equity Guidelines